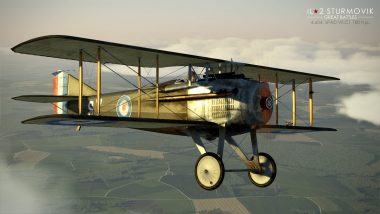 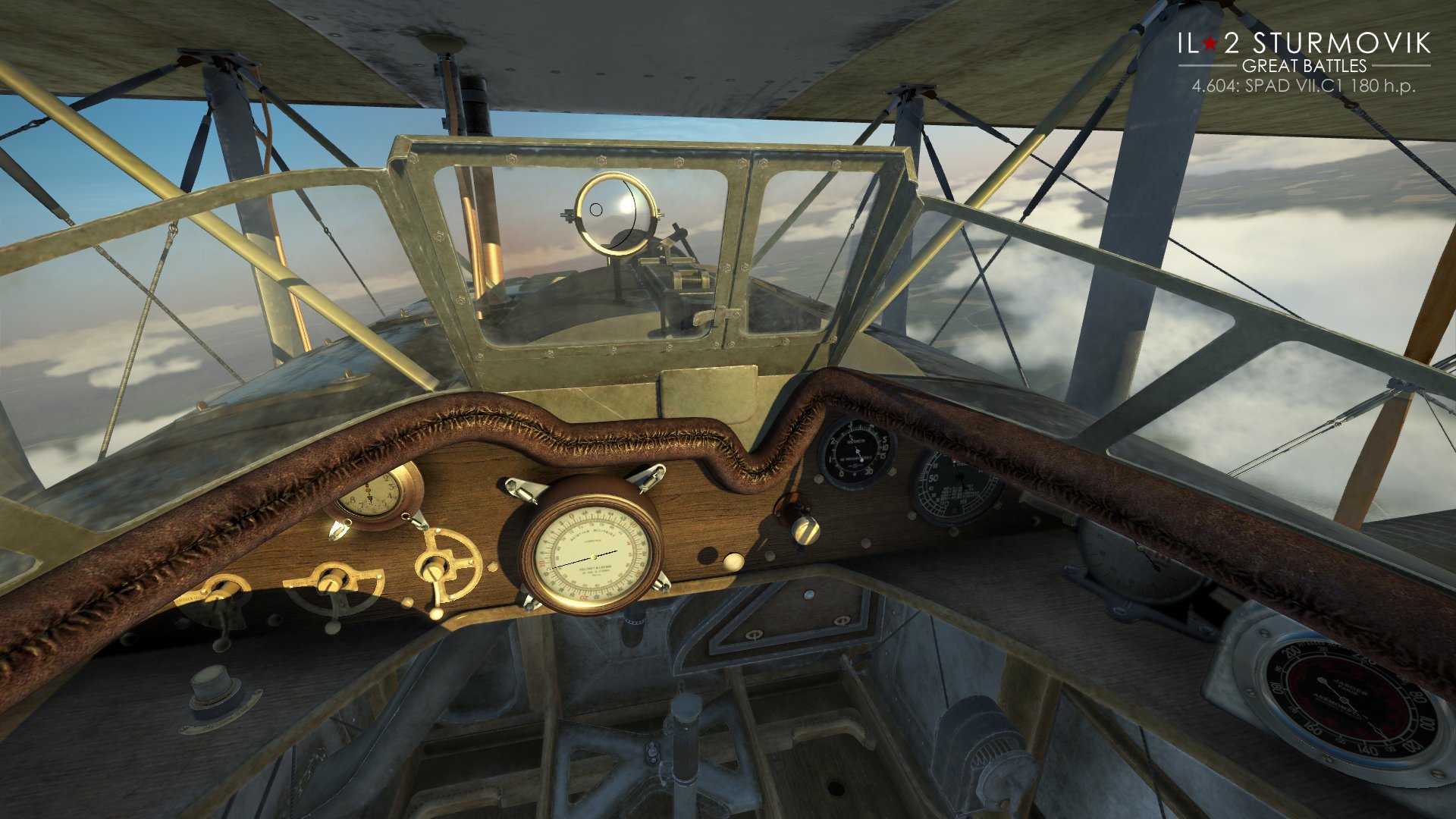 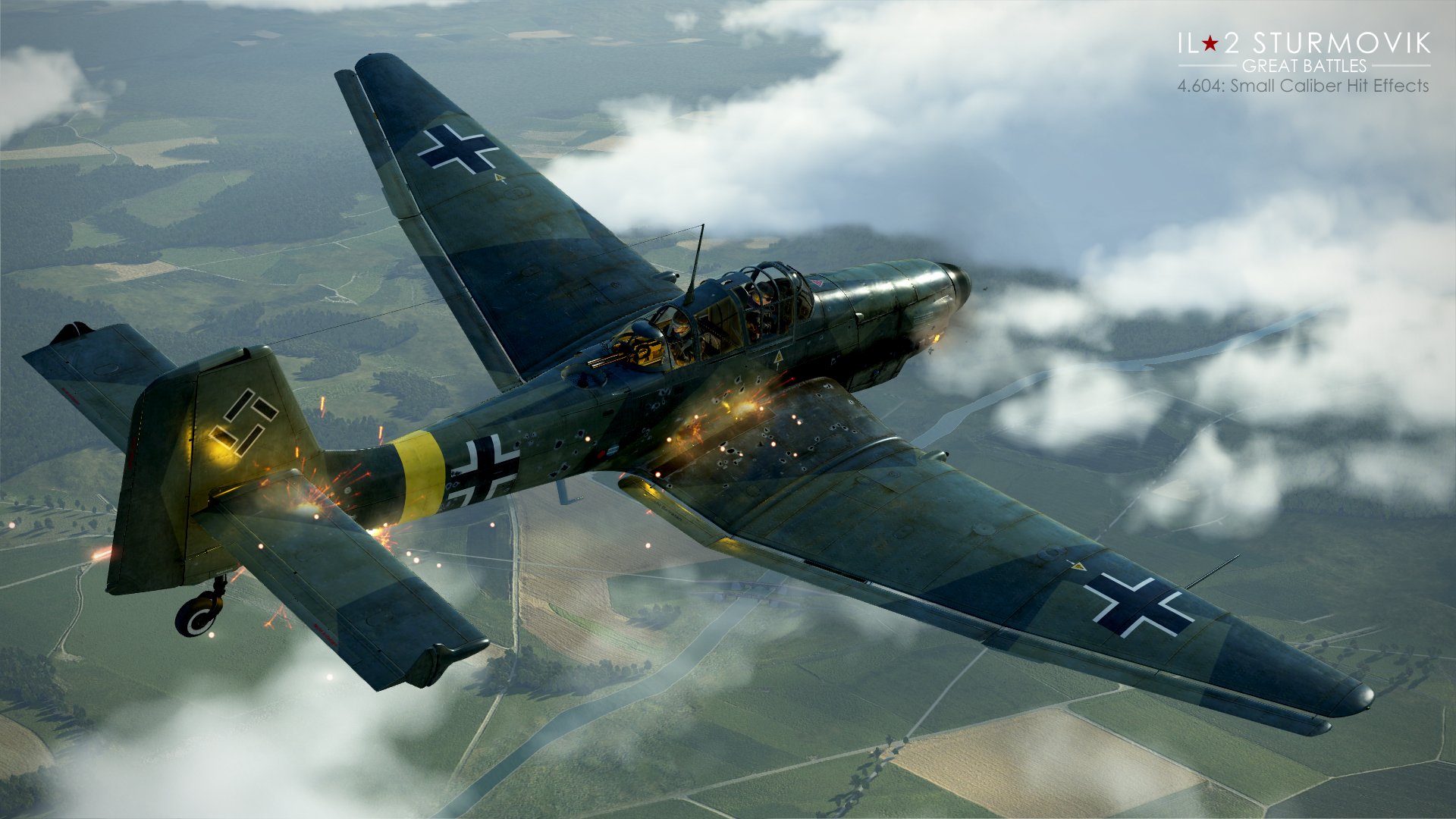 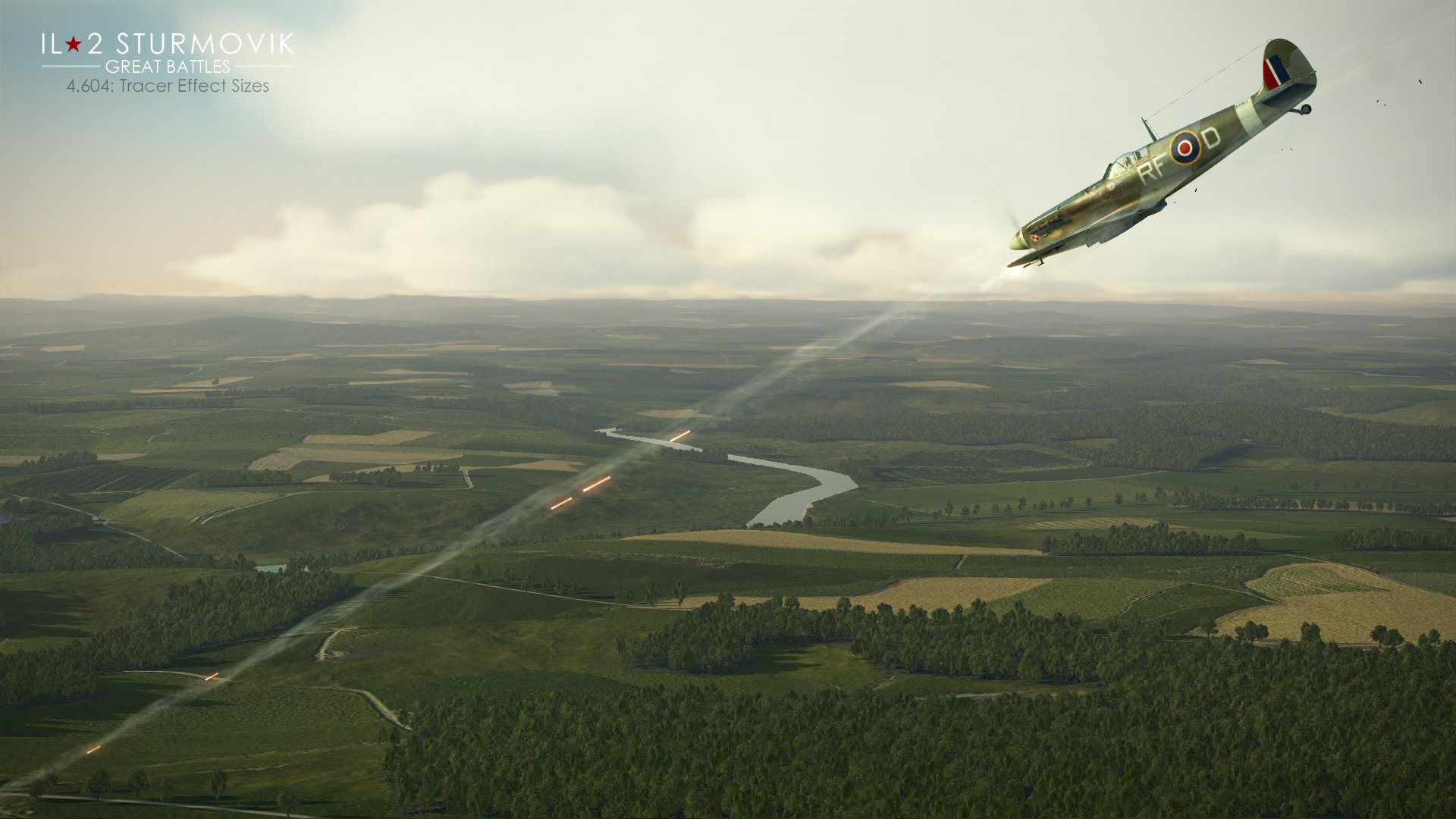 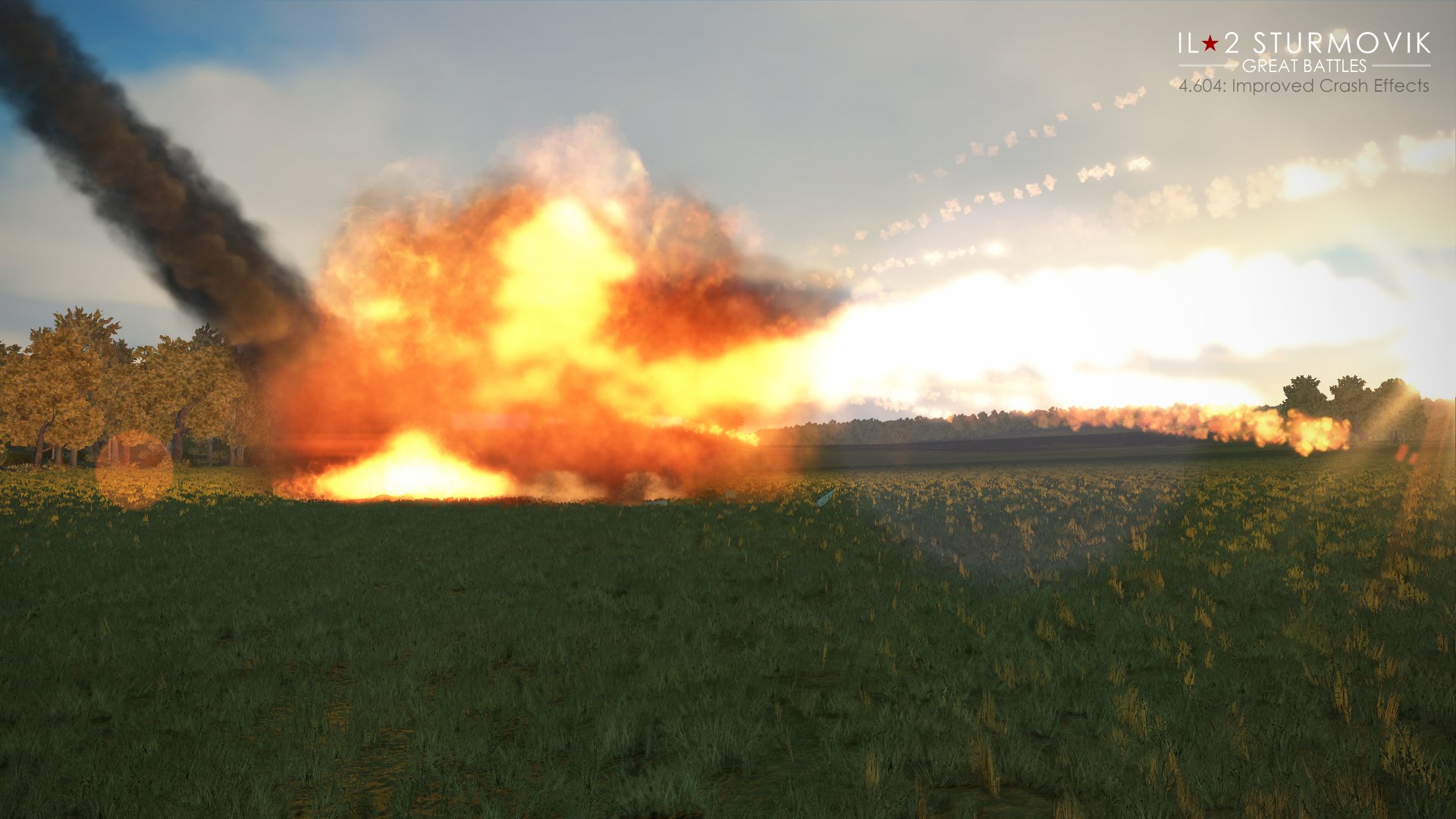 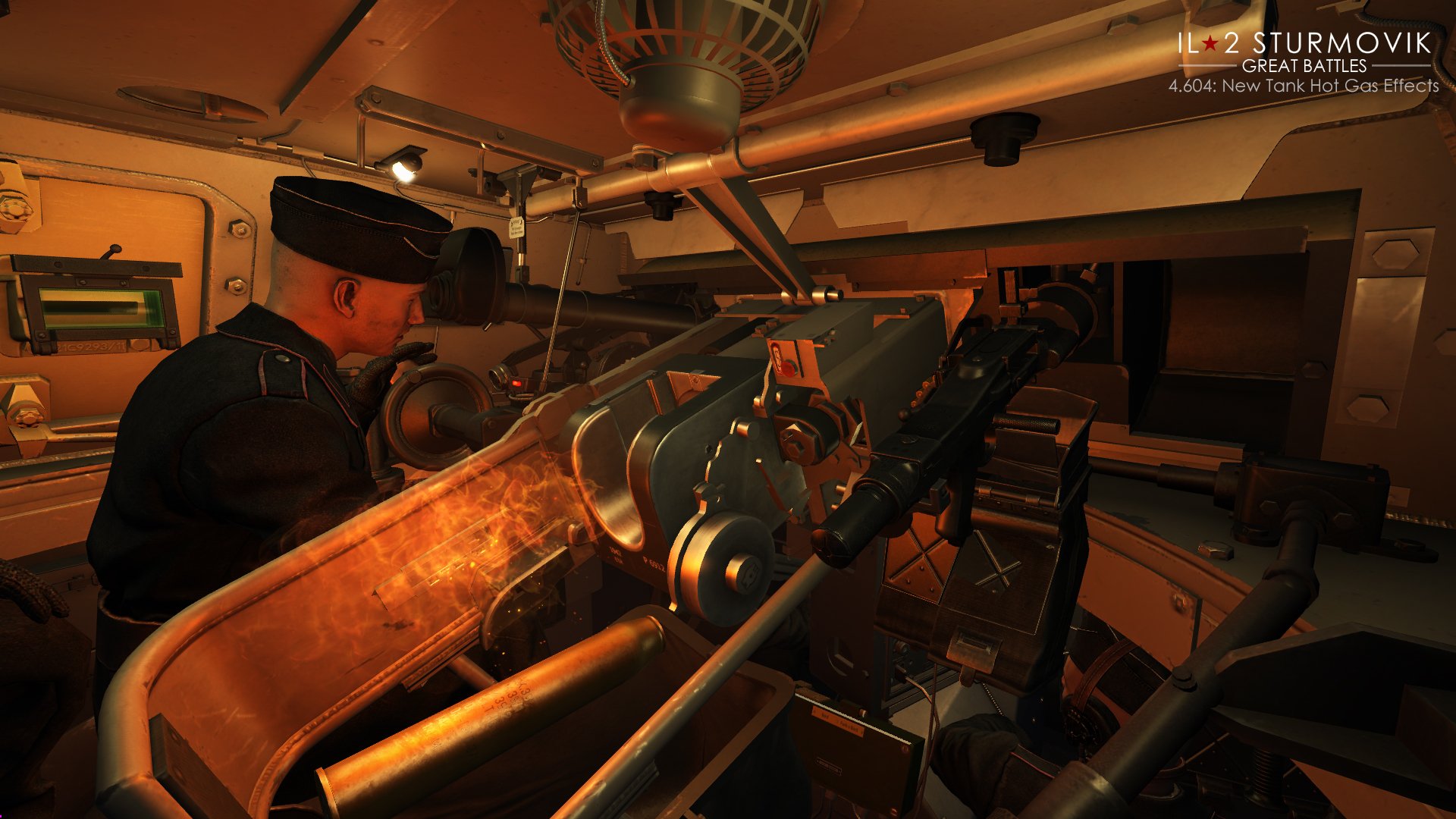 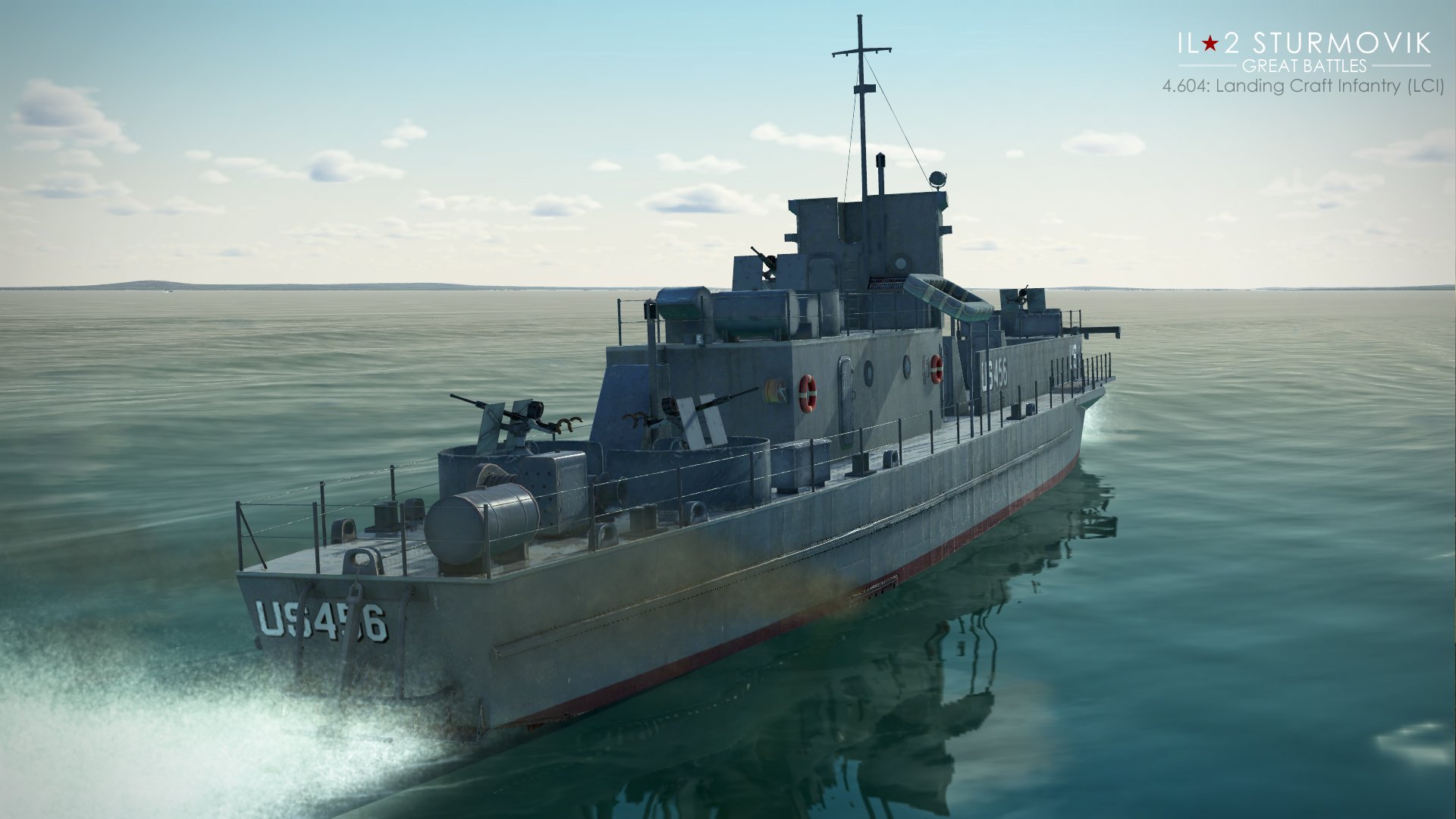 1. Late Spad VII.C1 modification with a 180 hp engine is now available to all customers who pre-ordered Flying Circus Vol.II;

2. LCI(L), Landing Craft Infantry (Large), developed for Battle of Normandy was added to the sim (no visible crew yet);

3. The nationality of the player’s aircraft in the Quick Mission now depends on which paint scheme was selected before the mission was generated (which in turn determines the voiceover, crew, and tactical numbers);

6. Instead of having two sizes of tracers (« MGs » and « cannons »), they now depend on the projectile caliber and the tracer length reduces as the projectile speed decreases (important when viewed from the side). Visible tracers of machine guns and small-caliber cannons became significantly smaller, and the size of tank and artillery tracers increased as the result;

11. Soviet guns dispersion data was adjusted based on a more critical approach to the choice of reference data options (gunnery test reports of obviously defective units were discarded) and using a different method of calculating the parameter of the dispersion function. In general, the dispersion spread either decreased slightly or remained almost the same;

12. The machine gun overheating of German aircraft turrets when firing long bursts was adjusted according to the same approach for all other aircraft (there was a discrepancy before);

13. Inadequate dispersion of turreted machine guns on Flying Circus aircraft was adjusted to match dispersion of these weapons installed on over-wing mounts;

15. The excessive likelihood of control wiring damage on all Flying Circus aircraft has been corrected;

16. If control wiring is damaged on Airco D.H.4, Halberstadt CL.II, Bristol Fighter, Albatros D.Va and S.E.5a, Fokker DR.I, Fokker D.VII, Fokker D.VIIF, Fokker D.VIII the corresponding rudders will « dangle » along the air stream (other aircraft will be updated in the next update);

17. Impact and excessive overload injuries model has been adjusted for aircraft and vehicle crews. Collisions with the ground have become more traumatic for pilots;

18. The accumulation of pilot fatigue from overload during long maneuvers has been reduced. This will allow for somewhat longer aerobatics and combat maneuvering. There is inadequate information on the fatigue accumulation under the influence of prolonged small overloads in the publicly available scientific articles, the rare data is very contradictory and therefore the model in this part was adjusted based on the collected opinion of surveyed pilots. Throughout the year we received feedback from experienced pilots and it became generally clear that fatigue was somewhat overestimated. This was corrected;

20. P-47D-22 pilot no longer has G-suit due to the timeframe of the war this aircraft was designed for;

21. The maximum value of overload that can be displayed on the instrument panel (HUD) has been expanded;

22. Graphical artifacts « thin white stripes in the distance near the coastline » on maps with sea have been removed;

23. Graphics artifacts « white dots along the edge of the sight reflector and some other glass facets when the pilot is wounded or at night when using MSAA and the maximum graphics preset » have been removed;

24. Fixed ships reflections jumping whenl looked at from the shore;

26. The delay between a high-speed ground impact of an aircraft and the resulting explosion has been minimized;

27. Graphics effects of aircraft falling and exploding when hitting the ground or water or suffering an air collision were improved. A fire now burns for a while at the crash site;

28. The effect of PTAB bursts landing far off the target has been restored;

30. Turret and gun barrel shadows cast by player’s tank on the ground during 1st person view were corrected;

32. Airco D.H.4 detailed cockpit model correctly shows in all camera positions inside it;

33. Strong stuttering near Mill airfield on the Rheinland map has been fixed;

34. The visual disappearance of cockpit windows of a damaged Yak-9 at a close distance has been fixed;

36. AI fighter pilots shouldn’t fire at a target if there is an allied aircraft in the line of fire;

37. AI fighter pilots will correctly attack a locomotive instead as the last car;

38. Cockpit won’t sometimes open by itself at the end of a mission and gunners won’t try to bail out;

39. Crews will bail out slightly faster from multi-crew aircraft;

40. Pilots and gunners that were killed while leaving the plane will have correct poses;

44. C-47A can carry British paratroopers too;

45. Added a paragraph about automatic dive operation to Pe-2 aircraft descriptions (both of them);

46. Fixed the appearance of turn indicator on Yak-7 and Yak-9 aircraft;

48. The guest player occupying the position of the lower He 111 H-16 gunner will correctly see his collimator gunsight;

49. Airco D.H.4: mixed up graphic animation of fuel tank leaks and fires has been fixed;

50. Airco D.H.4: a graphical artifact in the gunner’s cockpit when looking at it with the photo camera mounted has been fixed;

51. Airco D.H.4: an issue where damaged landing gear disappeared at a distance has been fixed;

53. Airco D.H.4: bomb racks won’t visibly appear at a distance when there are no bombs;

58. All Spitfires: an excessive haze of the windshield armored glass has been removed;

59. Both Yak-9s cockpit glass won’t visibly disappear at a distance when damaged;

Changes to Player-Controlled Tanks and Trucks

60. New flame effects from exhaust pipes were added to all Tank Crew tanks (it appears when the engine is damaged and when gasoline engines are outgassed);

61. New powder gases effects were added to all Tank Crew tanks (flashing out of the gun breech when the bolt is opened after the shot is fired);

62. On all player controllable tanks the shading from the sun in a dark area affects gunsights;

63. Wound effects correctly function in all commander’ viewports and visors;

64. Hatches won’t sometimes open by themselves at the end of a mission and the crewmen won’t try to bail out;

66. The crew leaving sequences of player controllable tanks and anti-aircraft guns were improved;

67. The voiceovers of ammunition type in commander’s commands to suppress point and attack target when selecting sub-caliber rounds and machine gun were restored;

69. AI drivers of player controllable tanks would correctly close the visor armor shield at the start of combat;

70. Player controllable KV-1s and SU-152 have an additional paint scheme based on historical one but compatible with custom tactical numbers;

72. Pz.Kpfw.III Ausf.M and Pz.Kpfw.IV Ausf.G driver’s front and side armor flap opening controls are now separate (LWin+C for the front one as it was before, N key for the side one);

73. GAZ-MM driver’s side window and windshield flap controls are now separate (LWin+C for the front one as it was before, N key for the side one);

74. Reflections in GAZ-MM windows are improved;

78. The missing voiceovers of the commander’s orders to fire machine gun on target and suppressing fire were restored;

79. All Steel Birds campaign scenarios were optimized for better performance;