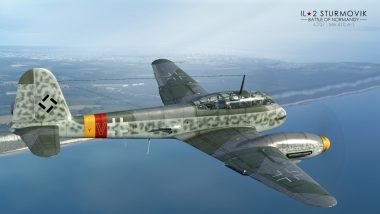 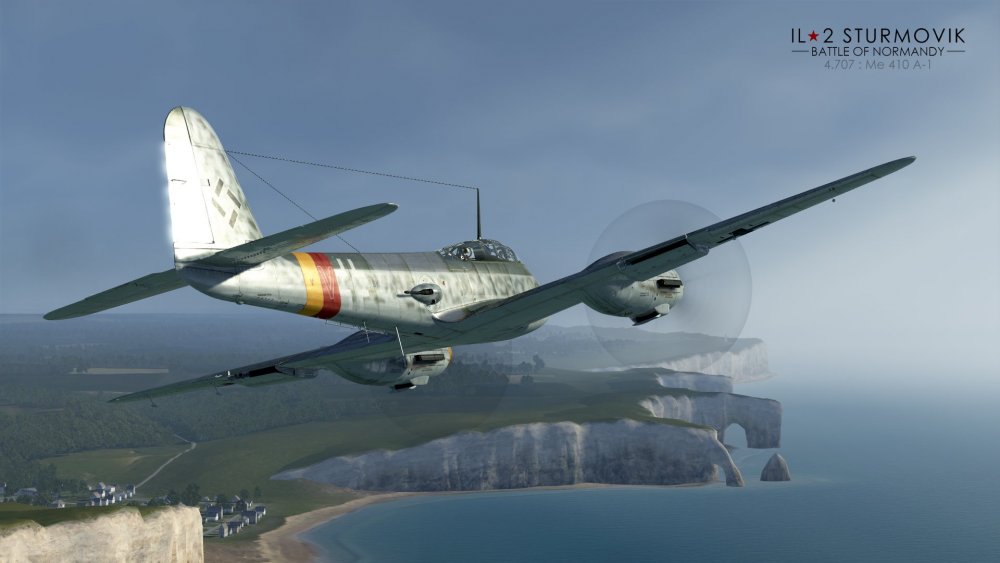 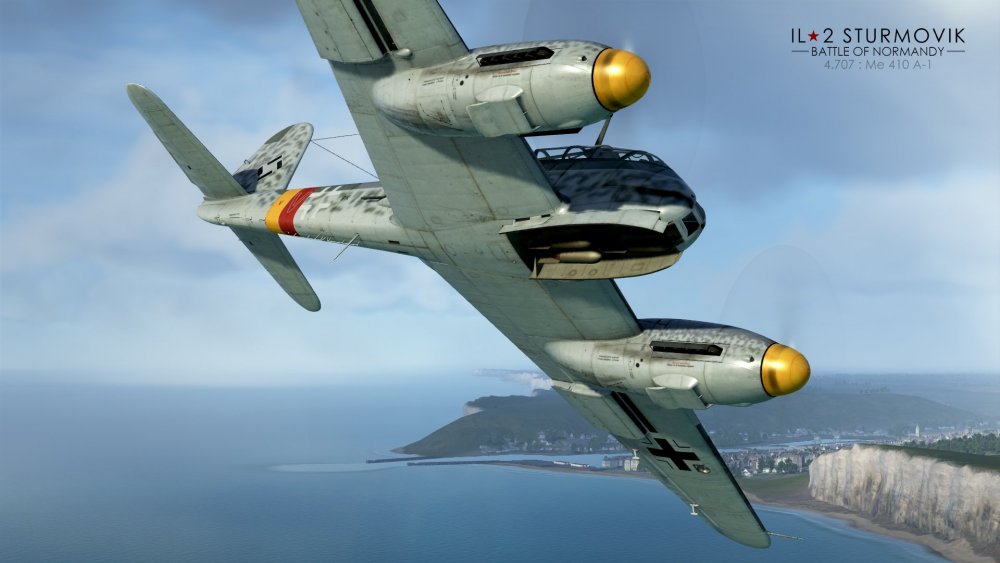 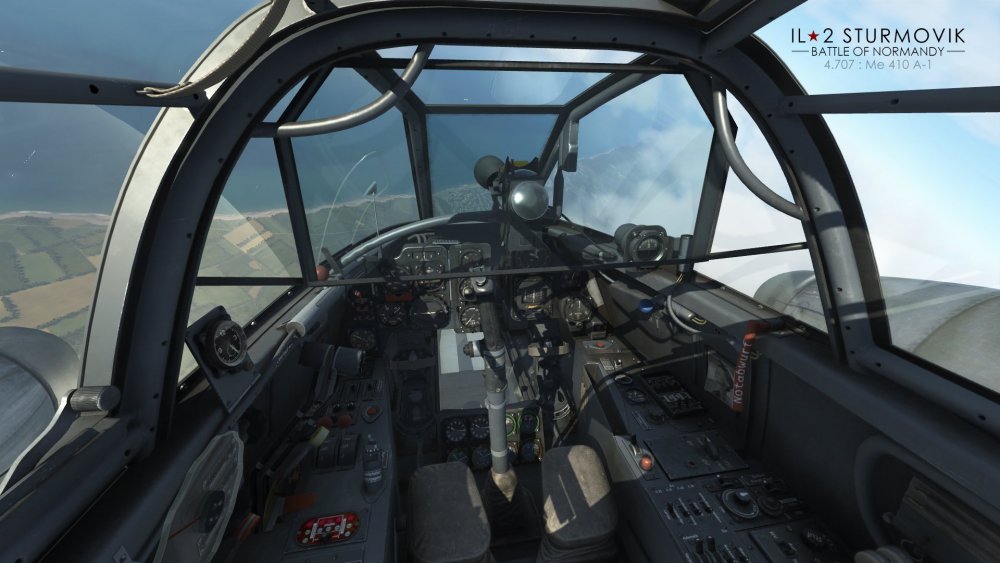 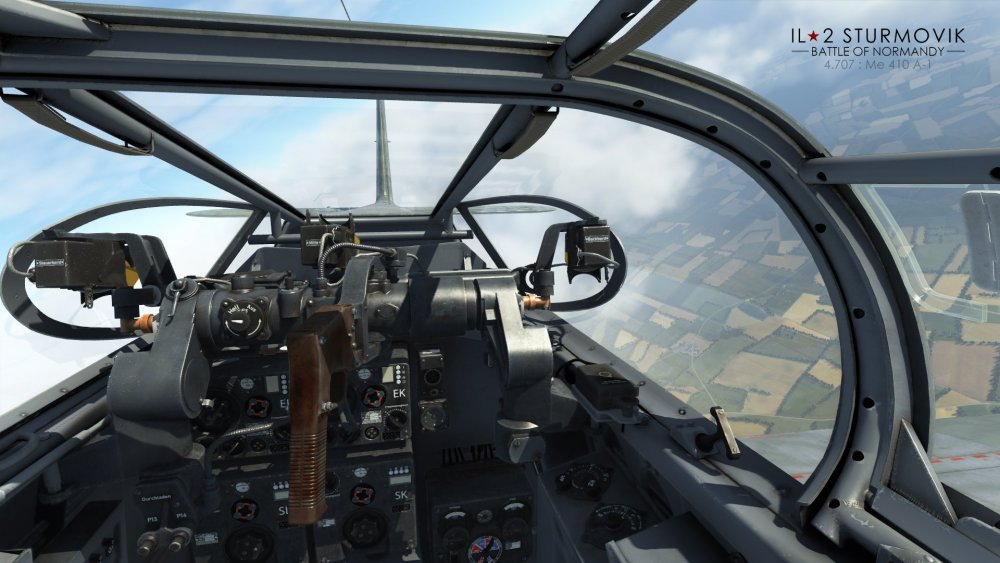 Main Features
1. The German Me 410 twin-engine two-seat fighter-bomber is now available for all players who have pre-ordered Battle of Normandy;
2. You can now create various Input Profiles and assign them to different planes and tanks;
3. You can now create pitch axis response profiles and assign them to different aircraft;
4. New gunners model (as well as navigator in the A-20 and radio operator in the C-47) for American A-20, B-25, and C-47 aircraft crews added;
5. New bridge destruction visual effects added;

Armament Changes
6. Machine guns and automatic cannons on aircraft and player controllable tanks can now misfire when overheated (including the turret guns);
7. If a loader is killed in a player controllable tank, the player has to press the reloading key after each shot to reload the gun;
8. The bug that caused too frequent misfires of WWI aircraft weapons has been fixed;
9. MG81 gun barrel overheat value has been corrected (it overheated too fast);
10. Restored the techno-chat message about machine gun overheating in aircraft and tank turrets;
11. The issue where an AP shell could be stopped by one 100mm plate but couldn’t be stopped by 50mm+50mm double plates was fixed. Spaced armor plates with total thickness similar to one thick plate now stop AP rounds better than one plate;
12. An explosion of an APHE projectile inside a detailed tank would correctly damage nearby equipment or crew members (previously it could result in no damage in some cases);
13. The issue of large bombs damaging only a small part of a dense scene (many objects) has been minimized;

AI changes
17. AI controlled planes which rotated on the ground because of damaged landing gear are now removed from the simulation after some time (previously such planes could rotate infinitely during takeoff or landing and thus occupy the runway);
18. AI terrain recognition algorithm has been improved when flying in groups (previously its shortcomings could cause them to crash when flying over a terrain with big altitude differences, like over mountains on the Kuban map);
19. AI aircraft turret gunners now lean to the machine gun and prepare to fire on the target in advance, before it enters the fire zone;
20. AI pilots differentiate by altitude while landing on a same airfield;
21. Due to a bug in the target selection the AI tank gunners operating the guns with a limited fire sector did not fire when they were assigned targets outside their fire sector – this shouldn’t happen again;

Mission Editor Changes
22. It is possible to edit countries and coalitions for multiple locations of the same type;
23. The ability to place outgoing target links from MCU:Complex Trigger has been removed (the necessary links were and still are set only through Events in the Advanced Properties of the Trigger itself, the outgoing target link did not work);
24. Object links for Land and Take Off commands can be set only for aircraft;
25. The performance when copying/pasting objects in large missions has been improved;
26. New Ungroup Recursive command was added for a group of objects, allowing to ungroup all subgroups in it;
27. The durability of Building, Block, Bridge, and Airfield object types can be reset to default values using the Reset Durability button. There is also a new command in the Tools menu with the self-explanatory name Reset All Durability;

Multiplayer Changes
28. When connecting to a Dogfight server, airfields in the lobby appear faster;
29. Mission script commands in Cooperative game mode work for groups of objects with players;

Other Changes
30. Oyster_KAI has improved cockpit detail of P-51B, Mosquito, Bf-110E2/G, Ju-88A4/C6 and He-111H6/H16;
31. The (fictional) photographers’ names appear under photos in newspapers in Career mode;
32. Landscape parts shouldn’t disappear from view on wide-angle VR HMDs anymore;
33. Pause button during recorded track playback works correctly;
34. Me 410 has been added to the Rhineland pilot career mode to II./KG 51 (joinable by player).