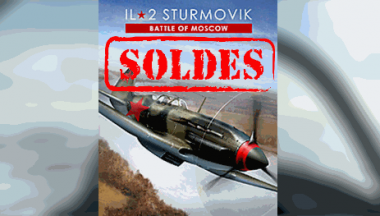 Attention Pilots!
To celebrate the Lunar New Year, we have launched a sale on our website and Steam. You’ll find some great deals including for the first time  The sale runs from 10am PDT on February 4th until 10am February 11th, 2019. A great time to fill up your hangar! Many prices are their lowest ever, take a look!

– 33% OFF of Battle of Kuban and a whopping 75% OFF ALL Rise of Flight merchandise.

– 66% OFF Battle of Stalingrad – Please note that having at least the base game (Stalingrad) on Steam means you can launch it from the Steam client without entering a login and password and you can access your IL-2 content purchased elsewhere if you link the accounts.

– 52% OFF Ju 52/3m Collector Plane – Delivering packages has never been so affordable!

– 66% OFF 10 Days of Autumn and Blazing Steppe Scripted Historical Campaigns – Lowest Price Ever!

– 25% OFF Havoc Over the Kuban Scripted Campaign – Two engines, One great price!

As usual, if you purchase a plane you already have you can send it as a Gift to a friend or squadron mate.

See  you in the skies!